Prince Edward Island-based East Point Potatoes is a leading processor of table stock potatoes and supplies potatoes throughout Eastern Canada and the Eastern US markets.

In 2017, SYMACH met Boyd Rose, one of the owners of East Point Potato. At the time, East Point was hand-stacking their potato bags. It was a labor-intensive job that caused issues. Therefore, they were looking for a more efficient way of palletizing.

Although there was an interest in automated palletizing, the line did not fit within the processing plant. The five packing lines left no space for palletizing, causing the project to stay active but only as a talking point.

During the winter of 2018 at Potato Expo in Charlottetown, PEI, we restarted discussions as new building plans made room for palletizing. Together with Boyd, SYMACH finalized a two-palletizer solution that served their palletizing needs.

Commissioning of the project happened in August 2019.

We installed a solution allowing East Point Potatoes to stack the following: 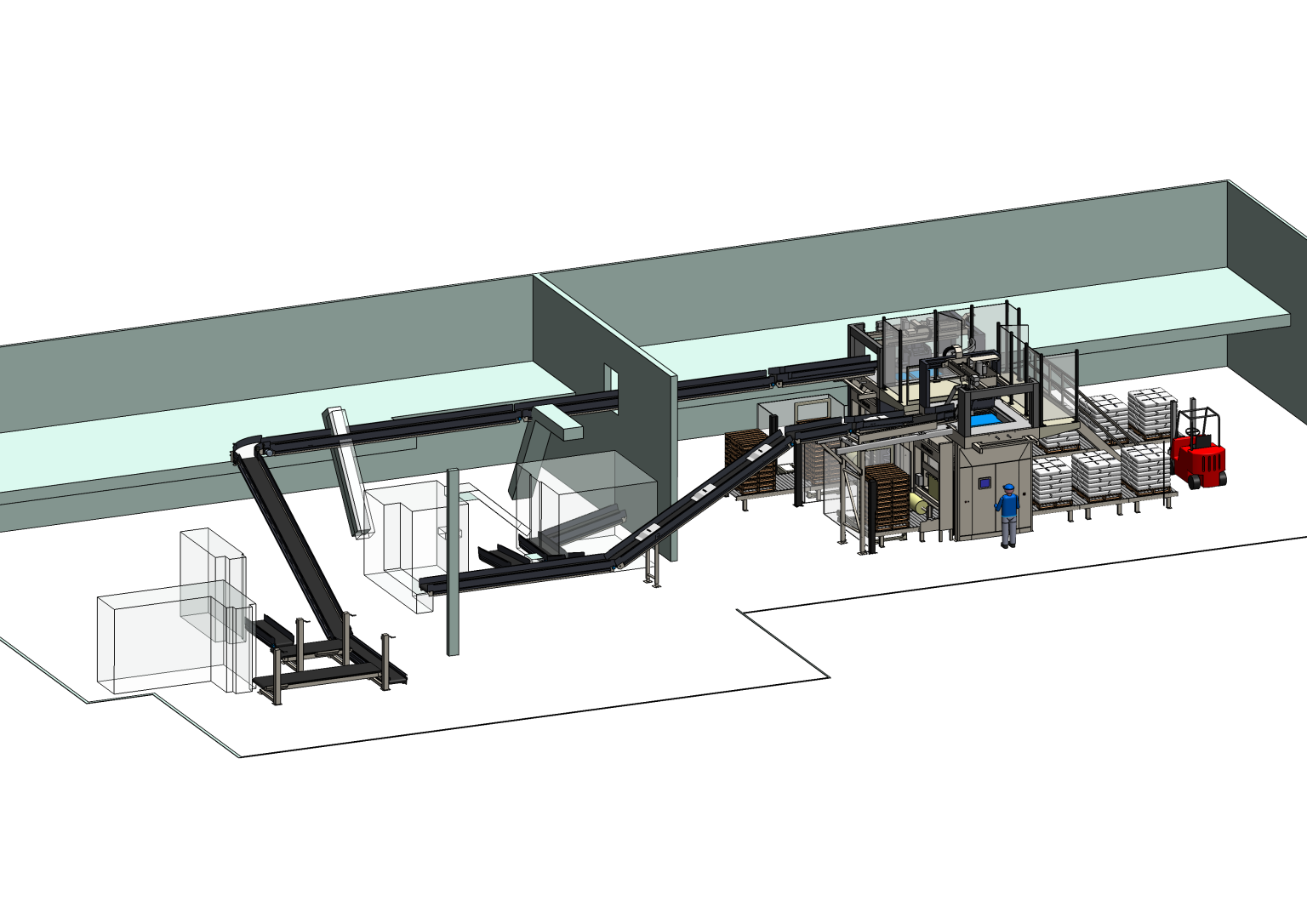 The strength of SYMACH lies in the years of experience. The knowledge and expertise this brings can be found at every stage of each bagger and palletizer, design, construction, installation, and maintenance.

SYMACH is based in the Netherlands and the company is internationally active in all directions, expanding steadily. The daily focus on quality, flexibility and a high level of service, clearly make the difference.

SYMACH is a part of: